This year too ‘The Bombay Sappers’ Commemoration Parade was held on a lovely winter morning – 31 January 2011. The occasion marked 191 glorious years of valor and excellence. It is a 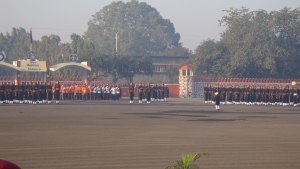 ceremonial homage to our gallant Bombay Sappers who made their supreme sacrifice in the various theaters of war. The Bombay Sappers are well known for their distinguished services during natural calamities and in disaster management in the aid to civil authorities.

Immediately on raising The Bombay Sappers were blooded in the battle of Beni-Boo-Alli in the year 1821. Beni Boo Alli is a 1821 battle honour awarded to all units engaged in a punitive expedition against a fierce and turbulent tribe called the Bani bu Ali. This award forecasted the saga of bravery and supreme sacrifice that was to unfold. The act of gallantry of blowing up of the Kabul Gate of Ghazni fort through sheer bravery and courage against tremendous odds and determined enemy action became the guiding principle for all Bombay Sappers in all their actions. The battle honour “Ghazni” is the most famous battle honour awarded to the Bombay Sappers.

A military parade is always spectacular and reminds us of our brave men and women in uniform who fought to defend our freedom and privileges. The parade creates a special ambiance and atmosphere very difficult to describe. However I endeavor to share a few of the highlights through pictures. 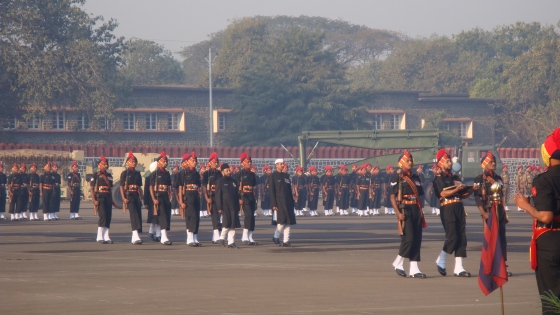 The parade marches in and forms up. The Yadgar Toli comprising the Yaadgar Toli commander and Rakshak Guard and the three Dharam Gurus – the Granthi, The Maulvi and The Panditji carry the Roll of Honour of the Bombay Sappers reverentially to the dais. The Group Subedar major receives and carries it to the War memorial and places it on a special stand. The three Dharam Gurus take their positions on three sides of the memorial.   All spectators rise and stand face the war memorial and solemnly pay regard. At this point of time the Parade present arms (Salaami Shastra) to honour the brave.

Throughout the actions of the Yadgar Toli all Bombay Sappers convey their deep gratitude to their brethren who laid down their lives to protect the honour of our country and of the Bombay Sappers. 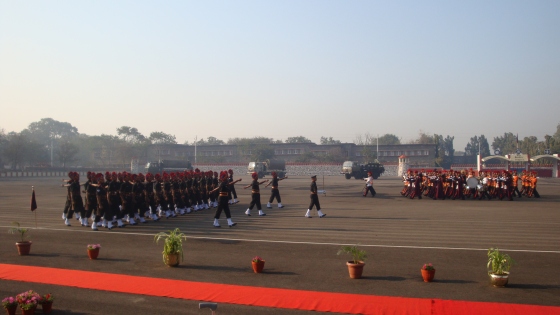 No. 5 Company smartly marches past

The Nishan Toli comprises the Nishan Officer and the Nishan Rakshak resplendent in regalia proudly bears the Presidents Colours which is the highest honour that an unit can aspire. The Nishan signifies the

acknowledgment of the Country of the sacrifices of all Bombay Sappers. After this ceremony the Parade commences. The Nishan Toli reminds the general public that honor and dignity are important themes and to stand to attention when the Nishan Toli marches past. All uniformed personnel rise reverentially and salute the Nishaan Toli.

In this parade it was a moment of immense pride to witness a smartly mounted lady Bombay Sapper officer in the important role of the Adjutant of the Parade. The Parade Adjutant brings up the rear of the parade.

Posted by Dilip on April 6, 2011 in Inspirational Wellness & Random and tagged Military Parades.

An open mind! Love to share my thoughts and a keenness to learn. An engineer and a MBA I had a wonderful innings in the Army and later moved to consultancy and teaching. My current interests are music and growing culinary herbs. Love to play golf and do yoga regularly. I am serious on "Living life less seriously". A warm welcome to you be well and be cheerful always.
View all posts by Dilip »