Scams are a global phenomenon. People (the common man) now are fed up. If we go by the roadside banner the year ahead should surely be cleaner. 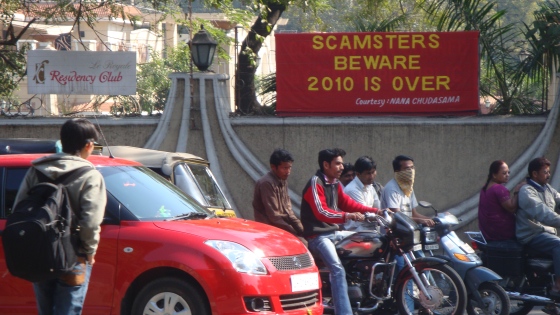 I recall a discussion in our Ethics & Values class on the recent US led Global recession.  Former Federal Reserve Chief Alan Greenspan was asked in a BBC interview in Sept 2009 – will the world suffer another financial crisis? What did he reply? Some of the excerpts are:

The world will suffer another financial crisis.

The crisis will happen again but it will be different. It’s human nature, unless somebody can find a way to change human nature, we will have more crises and none of them will look like this because no two crises have anything in common, except human nature.

So now the big question is – how can human nature change?

An open mind! Love to share my thoughts and a keenness to learn. An engineer and a MBA I had a wonderful innings in the Army and later moved to consultancy and teaching. My current interests are music and growing culinary herbs. Love to play golf and do yoga regularly. I am serious on "Living life less seriously". A warm welcome to you be well and be cheerful always.
View all posts by Dilip »